As I’ve made it back home without having a chance to finish up posts about our last few days, I’m just going to group them together here.

END_OF_DOCUMENT_TOKEN_TO_BE_REPLACED 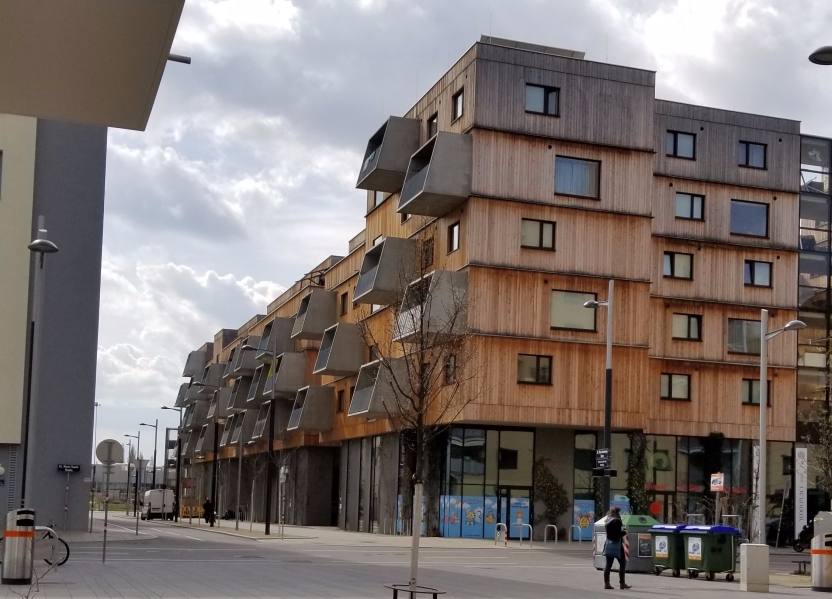 Tuesday was another busy day, as we made our way through Seestadt Aspern, as well as a few other relatively new developments in Vienna. Aspern was very interesting, and seeing it in person drastically increased my predictions for its success as a real urban area.

END_OF_DOCUMENT_TOKEN_TO_BE_REPLACED

With everyone in the group finally landed, we started the real program off with a busy Monday. After breakfast, we made our way to the Vienna University of Technology (TU Wien) to meet with Drs. Ioannis Giannopoulos, Gerhard Navratil, and Paolo Fogliaroni at the Spatial HCI (Human Computer Interaction) Lab, where their group studies how humans can interact with spatial data, from large-scale geoinformation to individual building models, using emerging technology. This means using Augmented and Virtual Reality to study how people interact with space, as well as exploring new techniques of data visualization and functional uses for this technology. Of course, we got to try out a few of their systems. END_OF_DOCUMENT_TOKEN_TO_BE_REPLACED 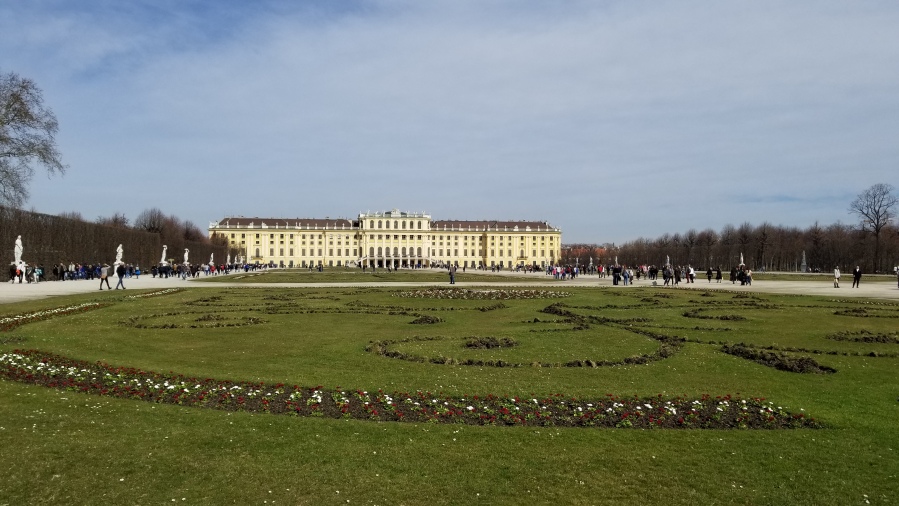 My group spent Sunday mainly wandering around Schönbrunn, the royal family’s summer residence and just one of the dozens of amazing public parks in the city. While beautiful, there’s only so much urban planning or smart city information to glean from a 300+ year old garden. I picked up a few things today though, notably the importance of art in public space. Almost every square in inch of Vienna has some sort of art, from sculptures in plazas to paintings above subway staircases (the subways also feature professional buskers, who audition for the right to play for an hour and a half at a time), and of course, architecture. One very interesting bit of art appeared in a display case attached to the already beautiful entrance to an underground parking garage, a regular site in the city. Many in my group find these to be extremely exciting, since they simultaneously protect historic buildings and landscapes while hiding cars and the ugly parking garages that come with them.

The Gloriette, one of the buildings at Schönbrunn, seen from the base of the hill it rests on.

Part of the Roman Ruins at Schönbrunn. Spoiler alert: they were built in 1778 by the Habsburgs.

The Palmenhause in the Schönbrunn gardens, built 1882. 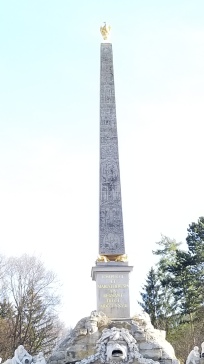 An egyptian-style obelisk in Schönbrunn. Hieroglyphics are visible along the structure.

The Neptune Fountain at Schönbrunn.

The view of Schönbrunn Palace from the Gloriette.

The view of the Schönbrunn Palace from the inside of the Neptune Fountain.

My favorite of the statues in Schönbrunn, this depicts Minerva (the Roman equivalent of the Greek Athena) stopping Mars (Ares) from drawing his sword.

One of the obelisks at the entrance to Scönbrunn.

Part of the Roman Ruins at Schönbrunn.

The Palace at Schönbrunn.

An old building with a modern fifth floor. According to our guide, the bottom three floors are likely rented on various levels of subsidy, while the top floor is likely owned by its residents. This helps lower costs for everyone involved.

The Obelisk Fountain in Schönbrunn, found underneath the previously pictured obelisk.

It’s hard to see in this picture, but this fountain is entirely indoors, part of an alleyway/shopping area between streets. The windows above are most likely apartments, showing the prevalence of mixed uses.

These art pieces appear on the outer edge of the entrance to an underground parking ramp.

A lonely Bird rental scooter in the middle of sidewalk. Even Vienna isn’t free of the scourge. 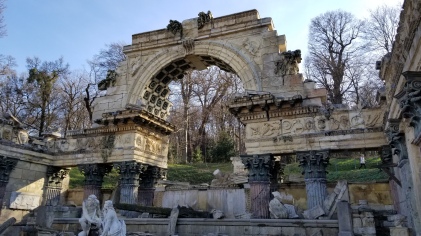 Part of the Roman Ruins at Schönbrunn.

A tradition Tirolean building in Schönbrunn. 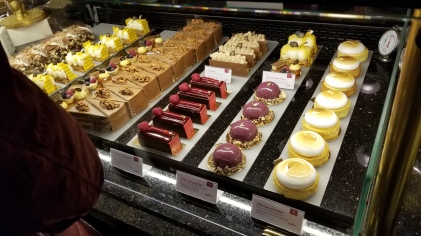 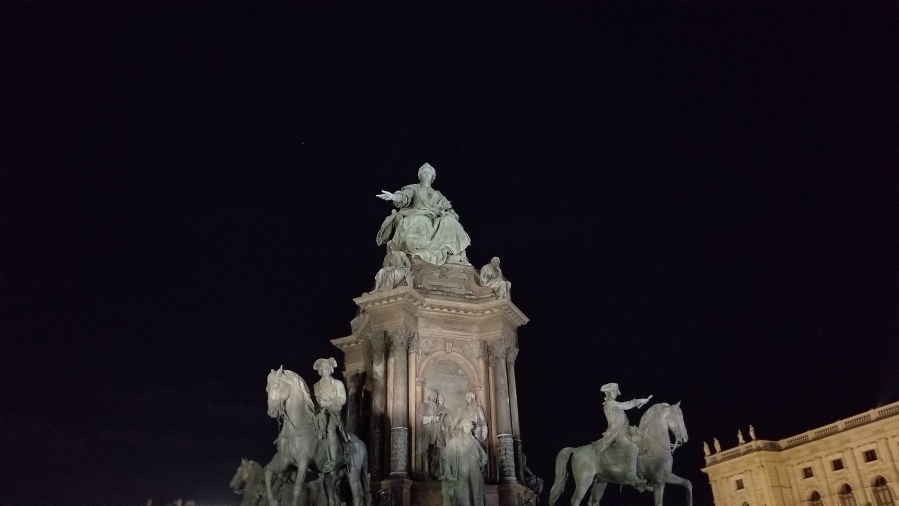 I arrived in Vienna early Saturday morning after a long, sleepless plane ride. While Saturday wasn’t spent doing much of anything, I’d like to log my first few impressions of the city. END_OF_DOCUMENT_TOKEN_TO_BE_REPLACED

Seestadt Aspern, literally the seaside city at Aspern, is home to Smart City Wien’s large-scale experiments. The planned community of 20,000 people in the northeast corner of Vienna will be completed in 2028. Much like Masdar City, Aspern aims to act as a “living laboratory” to prove various new technologies, from smart electric meters to entire smart energy grids. Aspern Smart City Research (ASCR), the company in charge of research in Aspern, sorts its projects into four “Smart” areas: Building, Grid, User, and Information and Communication Technology (ICT).

END_OF_DOCUMENT_TOKEN_TO_BE_REPLACED

Vienna, Austria stands apart from other cities I have written about in a number of ways:

However, such a community still faces problems. The Smart City Wien (literally, Smart City Vienna) initiative, created in 2011, lays out the issues of the modern city and Vienna’s commitment to solving them.